LIFE… is full of fake people.

Only fake people advertise being real 24/7.

A worse situation will show out d fake and real care.

Asking fake people if they were made in China.

Pay close attention to people who don’t clap when you win.

Fake friends are like plastic, if you’re finished using it, you can trash it.

Some people are like clouds,when they disappear, it’s a beautiful day.

I hate fake people. You know what I’m talking about. Mannequins. 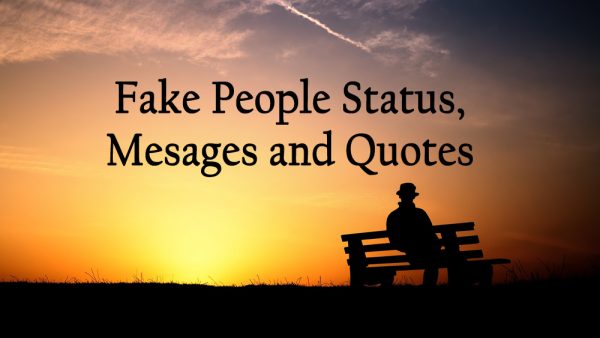 Fake people are like soap bubbles, they pop out when the sun shines brightly.

People wears a mask of lie so they look attractive , so be careful!

I hate when people act all fake when they get around certain people.

Since when did BFF stand for ‘backstabbing fake friend!

It’s better to be lonely then to be played by wrong people.

One real honest voice of a friend, is louder then a million fake ones.

Hard to trust people these days, it’s like fake is the new trend.

Some people’s smile is just as fake as their personality.

What’s the whole point of being pretty on the outside when you’re so ugly on the inside?

There a two kinds of flowers fake and real.the fake last but the real soon withers.

Keep it real with the people around you no matter how fake they are!

Some people are actually so fake that you can look right through them.

You may be married to a star, but that doesn’t mean they’ll treat you like one. – Jess C. Scott

Fake is the latest style, and a lot of people seems to be wearing it..

Only fake people talk and act different around certain people.

So many fake people in life, sometimes it seems like the only person you can trust, is yourself.

Fake hair, fake nails, fake tan, fake smile. Girl, are you sure you weren’t made in China?

When you know the inside stories, no matter how good looks the cover, you just cannot appreciate it.

Always sleep with one eye open. Never take anything for granted. Your best friends might just be your enemies.

I’m sick of dealing with fake people. They say their your friends, but their actions tell you different.

Cut off fake people for real reasons, not real people for fake reasons.

Fake people talk about other people being fake. Real people worry about their business, and no one else’s.

A persons character is shown through their actions in life NOT where they sit on Sunday.

There’s a lot of fake people in this world. Before you judge them, make sure you’re not one of them.

I really wanna throw a party with fake alcohol and see how many people act wasted.