If I liked your status on Facebook, that means you have entertained me.

When we yawn do deaf people think we are screaming?

Your Face: 3 Million people dislike this.

I’m not shy, I’m holding back my awesomeness so I don’t intimidate you.

Who needs television when you have so much drama on Facebook.

Facebook is the only book that we read every day.

Weather forecast for tonight: Dark with a chance of tomorrow in the morning. 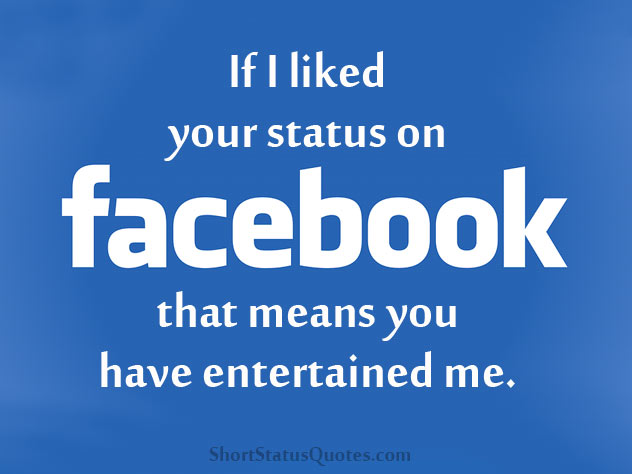 Some people need to realize that Facebook is a social network, not a diary.

By the time you learn the rules of life, you’re too old to play the game.

Life is too short to spend all your time trying to make everyone else happy.

Don’t ruin a Good Today because of a Bad Yesterday!

Never say “That won’t happen to me”. Life has a funny way of proving us wrong.

Life is too short and pointless to waste it on hating other people.

Now and then it’s good to pause in our pursuit of happiness and just be happy.

Every day do something that will inch you closer to a better tomorrow.

From morning’s first light to night’s last star, Always remember, you are special!

I’d rather check my Facebook than face my checkbook.

You should have two Facebook accounts. One for each face.

Roses are red, Facebook is blue, no mutual friends, who the hell are you?

Facebook is proof that the world is terminally boring.

Being popular on Facebook is like sitting at the cool table in a cafeteria at a Mental Hospital.

Before you judge a man, walk a mile in his shoes. After that who cares?… He’s a mile away and you’ve got his shoes!

Never challenge a guy to an arm wrestling match who’s been single for more than 6 months.

There’s life without Facebook and the Internet? Really? Send me the link.

Facebook gives people an illusory sense of being LIKED.

That moment when even Caps Lock can’t express your anger.

The longer the title the less important the job.

My wife dresses to kill. She cooks the same way.

Phones are better than girlfriends, At least we can switch off!

The difference between stupidity and genius is that genius has its limits.

I always learn from the mistake of others who take my advice.

Don’t kiss behind the garden, Love is blind but the neighbors are not.

If women ruled the world there would be no wars. Just a bunch of jealous countries not talking to each other.

The elevator to success is out of order. You’ll have to use the stairs.

The best thing about the future is that it comes one day at a time.

I don’t make mistakes, I date them.

If you think nobody cares if you’re alive, try missing a couple of payments.

His story is History, My Story is Mystery.

Facebook is like a prison, you write on walls and get poked by people you don’t know. 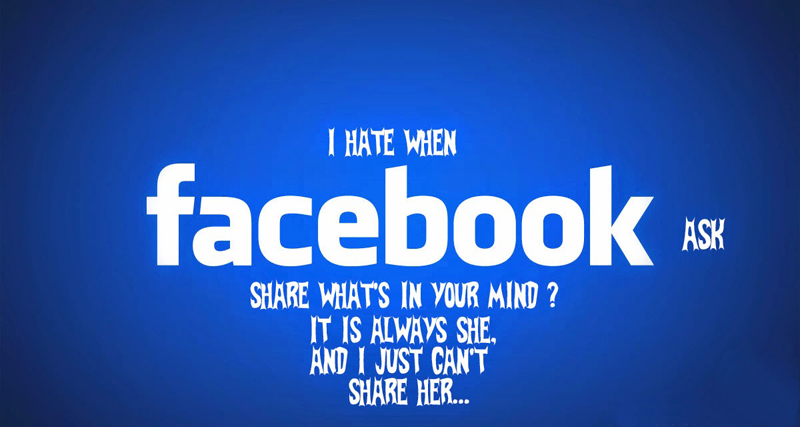 Facebook should have a button that says ‘in a flirtationship’ because it seems like that’s all there ever is anymore.

Stop advertising your relationship on Facebook. Not everyone wants to see you happy.

Need Love? … No… I would prefer vodka!

In modern politics, even the leader of the free world needs help from the sultan of Facebookistan.

Failure is not an option — it comes bundled with Windows!

I’m going to open a new Facebook account named ‘Anonymous’ so all the cool quotes will be attributed to me!

“Success” all depends on the second letter.

There are three sides to an argument – your side, my side and the right side!

Make love, not war. Hell, do both. Get married.

A closed mouth is an open ear, the less you talk the more you hear.

I remixed a remix, it was back to normal.

I’m sorry that I’m not updating my Facebook status, my cat ate my mouse.

A bank is a place that will lend you money if you can prove that you don’t need it.

Adding you as my friend doesn’t mean I like you, I did it just to increase my friend list.

The only mystery in life is why the kamikaze pilots wore helmets.

A heart is like a glass it breaks easily when not handled carefully.

I’m going to make the best of every moment because life could end at any second.

Now and then it’s a great moment to pause in our pursuit of happiness and just be happy.

Long time ago I used to have a life until someone told me to create a Facebook account.

I decide how I live and who I love. The choice is mine and no one gets to make my mind up. I decide and I choose.

Facebook is kind of like a prison. You spend all day staring at walls and getting poked by people you don’t know.

My formula for living is quite simple. I get up in the morning and I go to bed at night. In between, I occupy myself the best I can.

If I don’t log into Facebook two days in a row, call the police, someone must’ve kidnapped me!

Travel the world until your Facebook’s check-ins finished!

If you friend request me on Facebook and your profile picture is a car, I will assume you’re a transformer.

Being nice to people you don’t like is not being two-faced, it is called growing up.

Light travels faster than sound. This is why some people appear bright until you hear them speak.

Maybe you should eat some makeup so you can be pretty on the inside too.

All adult videos should start with 5 seconds of music to remind you that your volume is turned up.

If I was president, all Monday’s would be changed to National Holiday.

If Facebook would be a free newspaper, nobody would buy it.

I now pronounce you man and wife, you may now change your Facebook status. 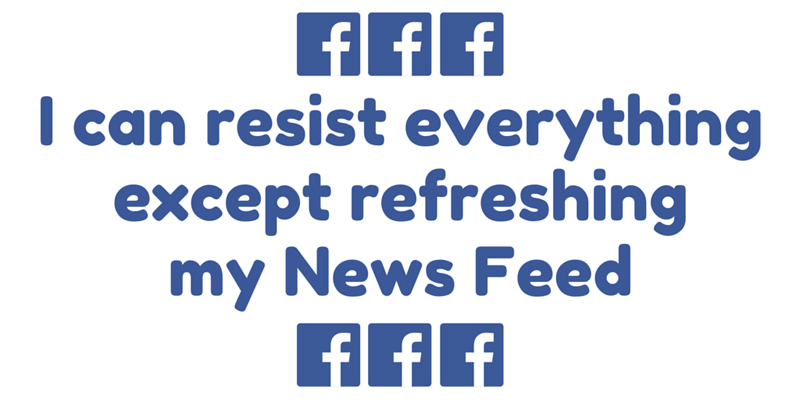 When you drop your phone, your heart hits the ground before your phone does.

I tried to kill a spider with hair spray. It`s still alive, but its hair looks amazing!

I made my Facebook name “Benefits,” so when you add me now it says “you’re friends with benefits.”

Smiling for someone is sweet but making someone smile is the best feeling.

Facebook says we’re ‘Friends’ but, trust me, I wouldn’t hesitate to punch you in the freaking face!

Wrestling is obviously fake. Why would two people fight over a belt when neither of them is wearing pants?

If my life was an action movie, my boss would be the spy trying to sabotage my mission, and my mission would be going on Facebook.

People who smile while they are alone used to be called insane until we invented smartphones and social media.

What you post on Facebook represents you, it can make you look bitter or better, forgiving or frustrated, resentful or rejoicing, choose wisely.

Dear, hope you have enjoyed these Short Status Quotes for Facebook and they will help you to make a special status update and show your awesome attitude with the best way! Best of luck and thanks for visiting us!