Winning is habit. Unfortunately, so is losing.

Nobody remembers who came in second.

In the time of darkest defeat, victory may be nearest.

Don’t fight a battle if you don’t gain anything by winning.

Obstacles are challenges for winners and excuses for losers.

The man who wins may have been counted out several times, but he didn’t hear the referee.

Games are lost and won in your mind as much as they are on the field.

Did you hear what this idiot just said!? He said it’s not about the W…It’s everything about the W with me!

To win you need to have first lost. That makes you so hungry to win that you’ll do everything you can to achieve it.

Your ability to be a winner 100 percent of the time is based upon giving up the notion that losing at anything is equivalent to being a loser.

Play to win because almost doesn’t cut it.

There are many victories worse than a defeat.

There is no victory at bargain basement prices.

In this life, you have winners and losers. the more you win, the higher you go.

Win without boasting. Lose without excuse.

Winning isn’t everything, but wanting to win is.

I hate to lose more than I love to win.

The key to winning is poise under stress.

One may know how to gain a victory, and know not how to use it.

Winning isn’t everything, it’s the only thing.

The secret of all victory lies in the organization of the non-obvious.

When you are winning a war almost everything that happens can be claimed to be right and wise.

Anybody can win unless there happens to be a second entry.

A champion needs a motivation above and beyond winning.

The worst thing is the day you realize you want to win more than the players do.

All right Mister, let me tell you what winning means? you’re willing to go longer, work harder, give more than anyone else.

I count him braver who overcomes his desires than him who conquers his enemies; for the hardest victory is over self.

Winning is everything, to win is all there is. Only those poor souls buried beneath the battlefield understand this.

Never letting the competition define you. Instead, you have to define yourself based on a point of view you care deeply about.

There are more important things in life than winning or losing a game. – Lionel Messi

Winning is not everything, but the effort to win is. – Zig Ziglar

Spurts don’t count. The final score makes no mention of a splendid start if the finish proves that you were an also ran. – Herbert Kaufman

Show class, have pride, and display character. If you do, winning takes care of itself. – Paul Bryant

If you’re confused about what to do, it’s a sign that your enemy is winning. – Toba Beta

You can’t expect to win unless you know why you lose. – Benjamin Lipson

If winning isn’t important, why do we spend all that money on scoreboards? – Chuck Coonradt

Those who try their best, shall have victory, while those who tried without effort don’t deserve it. 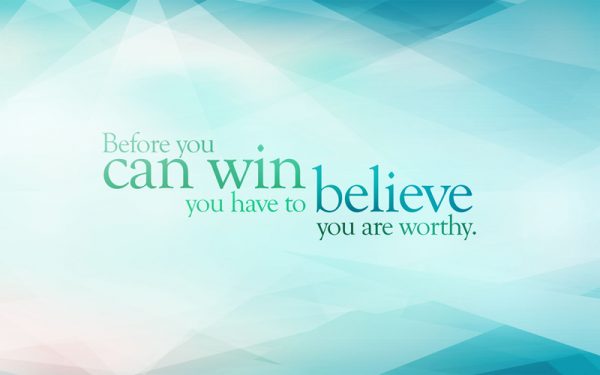 The man who can drive himself further once the effort gets painful is the man who will win. – Roger Bannister

The first thing any man has to know is how to handle himself. Training counts. You can’t win any game unless you are ready to win. – Connie Mack

You can’t be a winner and be afraid to lose. – Charles Lynch

Victory is gained by resolution and determination. – Prophet Mohammad (s)

Those that know how to win are much more numerous than those who know how to make proper use of their victories. – Polybius

When it comes to winning, you need the skill and the will. – Frank Tyger

The key to winning is choosing to do God’s will and loving others with all you’ve got.

The ultimate victory in competition is derived from the inner satisfaction of knowing that you have done your best and that you have gotten the most out of what you had to give.

Looking back, of course, it was irresponsible, mad, forlorn, idiotic, but if you don’t take chances then you’ll never have a winning hand, and I’ve no regrets.

The first and greatest victory is to conquer yourself; to be conquered by yourself is of all things most shameful and vile.

Let my name stand among those who are willing to bear ridicule and reproach for the truth’s sake, and so earn some right to rejoice when the victory is won.

Nothing is black-and-white, except for winning and losing, and maybe that’s why people gravitate to that so much.

Competing at the highest level is not about winning. It’s about preparation, courage, understanding and nurturing your people, and heart. Winning is the result.

I’m not driven by killer ambition. I’m not a workaholic. I’m a good team player. I don’t have to be captain, but I do want to play on a winning team.

Peace is the beauty of life. It is sunshine. It is the smile of a child, the love of a mother, the joy of a father, the togetherness of a family. It is the advancement of man, the victory of a just cause, the triumph of truth.

I may win and I may lose, but I will never be defeated.

The harder the conflict, the more glorious the triumph.

The rewards for those who persevere far exceed the pain that must precede the victory.

Daring ideas are like chessmen moved forward. They may be beaten, but they may start a winning game.

Everybody is born with an equal chance to become just as unequal as he or she possibly can.

If you are going to be a successful duck hunter, you must go where the ducks are.

If it is nothingness that awaits us, let us make an injustice of it; let us fight against destiny, even though without hope of victory.

Believe in giving more than 100% on the field, and I don’t really worry about the result if there’s great commitment on the field. That’s victory for me.

It is in the compelling zest of high adventure and of victory, and in creative action, that man finds his supreme joys.

Guts are a combination of confidence, courage, conviction, strength of character, stick-to-itiveness, pugnaciousness, backbone, and intestinal fortitude. They are mandatory for anyone who wants to get to and stay at the top.

Have patience with all things, but chiefly have patience with yourself. Do not lose courage in considering your own imperfections but instantly set about remedying them ? every day begin the task anew.

That’s what learning is, after all; not whether we lose the game, but how we lose and how we’ve changed because of it and what we take away from it that we never had before, to apply to other games. Losing, in a curious way, is winning.

Only a man who knows what it is like to be defeated can reach down to the bottom of his soul and come up with extra ounce of power it takes to win when the match is even.

History has demonstrated that the most notable winners usually encountered heartbreaking obstacles before they triumphed. They won because they refused to become discouraged by their defeats.

We wish that our compilation of Winning Status and Short Winning Quotes will help you to express your emotion of victory, let’s share with friends and at social media to show the world how it feel’s to be a winner!